Dear Madam/Dear Sir,
Dear friends,
I am writing to you because I know that you care. I am writing to you because you understand that not knowing the truth our past means risking to repeat or deny the abhominable crimes committed in the name of an ideology void of any respect for human dignity.
Seven years ago, my colleague Dr. Claudia Florentina Dobre, a researcher with the “Memoria” Foundation in Bucharest, and I started an ambitious project to document one of the least known tragic episodes in the history of the Communist regime in Romania: the forced settlement of over 44,000 people in the Bărăgan region. Sixty years later, we still know very little about the hardships endured by these deportees and public awareness about their plight is fading.
For this reason, we intend to make a documentary film which, while respecting international standards for scientific research, can also be presented to a larger audience. We have already interviewed 15 survivors, we have carried out field research in the region where the deportations took place and we had the chance to talk to eyewitnesses. Guided by our conviction that our project represents a contribution to the culture of memory in Romania, we have invested over 4,000 euros worth of our own funds in equipment and other costs related to the film.
We view our film as a contribution to the public good. We intend to show the film for free in schools and universities throughout the country, as well as at national and international conferences. At a later stage, we are also going to place it online, in order to reach as wide an audience as possible. The interviews with former deportees will constitute a unique multimedia archive, especially since most survivors will cease being among us in the foreseeable future. Their testimonials are crucial in order to understand this bloody episode in Romanian history.
We are appealing to you for support because we do not want this black chapter to be erased from our collective memory. In order to finalise our work, we still need 3,000 euros in order to buy modern equipment geared at editing videos (i.e. an ultramodern comuter).  We will be grateful for any kind of support you are able to provide for us.
Hoping that you will accept our invitation to become our partner in this project, I remain
Yours sincerely,
Dr. Valeriu Antonovici

In December 2006, the president of Romania declared the Communist regime as “illegitimate and criminal”. One important “criminal” and illegal (recognized as such by the communist regime itself) aspect of the regime was the deportation, a phenomenon, which did not receive large scale attention, although it has affected more than 50 000 people, who lost their homes as the regime decided to transfer them from their homeland to the arid plain of Baragan. Our project aims at re-introducing the topic of deportation into public space talks.

In one single day, or rather night, on the 18/19th of June 1951, 44 000 people were deported into what are today the counties of Braila, Calarasi and Ialomita, in the south-east of Romania. Among them there were numerous children, women, and elderly, sick persons. During the 5 years of deportation, hundreds of these deportees lost their lives. All of them lost their sense of belonging, becoming second class citizens: aliens to their native homes, foreign visitors to their new neighbours. The communist regime labelled all these persons as “enemies of people”. Actually, these “enemies” were rightful citizens of Romania, who lived near the border of Yugoslavia: Serbs, Bulgarians, Jews, Germans, Bassarabians, Megleno-Romanians and Vlachos. Deportation had not only a political component, but also a clear ethnic aspect, as the Serbians, the Bessarabians and the Aromanians are mentioned as distinctive groups among deportees.

Victims of communist regime repressive politics, the former deportees perish one by one, taking with them the heavy burden of their memories. Our project tried to slow down the movement of oblivion through a book, a movie and an internet site dedicated to deportation.

Movies help to expand the boundaries of our memories. Remembering and forgetting our lived experiences are ways of coping with life-long effects of our early years and adolescence and our grief over lost loves. The cinematic journey can bring understanding of repressing and remembering memories.

Our project will address the problem of the communist deportation, a second Gulag as Nicolas Werth called it, through witness memories. We envisage revealing the dark side of that repressive enterprise that deprived human beings of satisfying their basic needs. Furthermore, our project aims to lend a voice to the silent people, victims of communist Manichean perspective of the world. It is also concerned with the individual responses to the official politics and policies of remembrance.

1. How do deportees cope with their persecution?

2. How did they survive in the arid plain of Baragan? What strategies have they employed in order to survive starvation, cold, fear and so on?

3. How did they re-integrate in society after being released from compulsory domicile (domiciliu obligatoriu, D.O. in Romanian)? How did society regard them? What about their families? Did they get a job? A family?

4. How do they recall today their life in reclusion?

5. What type of identity did they construct after being released from their mandatory home? What about after the fall of Communism?

6. What does the deportation period mean to them?

7. What do they want to transmit to their fellow citizens about their experience of deportation?

8. How do they tell the story of their deportation? What are the main themes of theirs discourses?

9. Are there any differences between their own view of themselves and the perspective emerging from the discourses (most specially the public discourses) of others about them?

4. The analysis of other “memorial vectors”, such as diaries, photos, objects, etc. belonging to former deportees.

1. A book based on the interviews, which will introduce to a large audience several life stories of former deportees, focusing on their life strategies during and after deportation. The book, which is going to be published at Memoria Cultural Foundation editing house, is envisaged to set an example of moral virtue and civic involvement of former deportees.

3. A documentary movie of 60 minutes meant to be introduced upon Romanian and international audience. In today’s world, our memory seems to be shaped more and more by images. Movies can play an important role in creating a collective memory of deportation as an example of the malignity of Communism, but also as a model of fighting the hardships of life. This documentary movie can contribute to an increased sense of civic pride and self-esteem among former deportees. A year later, the movie will be posted on the internet to achieve wide public visibility.

4. The documentary movie will be used as pedagogic support for one course taught at Political Science Faculty of SNSPA and for one course taught at the Faculty of History, University of Bucharest, and for presentation in 20 high schools from Bucharest, Calarasi, Ialomita, and Braila. It aims to generate an academic interest for Communism and a civic response to its destructive endeavours.

5. The multiplication of the movies on DVDs sent to libraries (estimated 1500 copies), which aims at stimulating the interest of the people for the recent past, for a civic response to political, ethnic or religious persecutions.

6. The creation of a site where fragments of the movie, photos, archive documents and transcripts will be displayed, in order to broadly publicise the deportation and its consequences.

7. Another goal of our project is to generate public debate and get a feed-back on the topic. In order to achieve this goal, round table discussions are envisaged as well as internet forum talks.

Estimated budget for the realization of the movie: 5000 euros

Estimated budget for distribution of the movie: 2000 euros

Valeriu ANTONOVICI was beneficiary of the project “Doctoral scholarships supporting research: Competitiveness, quality, and cooperation in the European Higher Education Area”, co-funded by the European Union through the European Social Fund, Sectorial Operational Programme Human Resources Development 2007-2013. He defended his PhD in Political Sciences at SNSPA, in 2011; He holds a master degree in Anthropology and Community Development and a BA in Sociology.  He took part as a researcher in a few international projects. Most important: „Transitions in Central and South Eastern Europe – Changing Gender Perspectives“, co-sponsored by ERSTE Foundation, FILEA Centre, SNSPA, 2008 – 2010, and ”Changing Conceptions of Citizenship in Post-Socialist Society Under the Impact of Globalization”, financed by the Wenner Gren Anthropological Research Foundation (SUA) and made through a partnership between Central Connecticut State University – USA, SNSPA – Romania and Kerala University – India, 2007 – 2009.

Claudia-Florentina DOBRE majored in Historiography and Cultural Studies at the University of Bucharest, Faculty of History. She held a Master of Arts in Social Sciences from Ecole doctorale francophone en sciences sociales, Europe centrale et orientale. In June 2007, she defended her thesis on Women’s, former political detainees, testimonies on communism and political persecutions at Laval University of Québec. Subsequently, she was awarded « Robert Schuman scholarship of the European Parliament, in 2008, and « Junior Research Fellowship » of St. Kliment Ohrdiski University of Sofia, in 2009. She is currently enrolled in the postdoctoral program of Bucharest University, and works as an editor at Memoria. Revista gândirii arestate, a magazine published by Memoria Cultural Foundation, Bucharest. 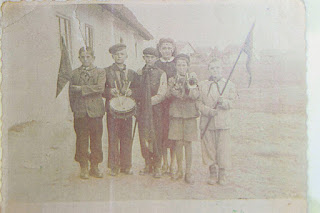 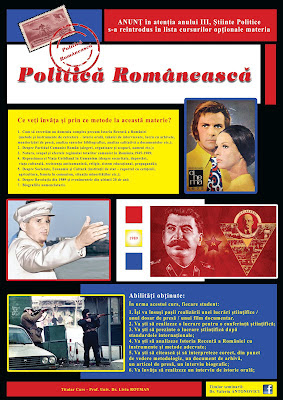